Sell My House Quickly in Manchester

Sell My House Quickly found another interesting article about properties in Manchester. Where are the UK’s oddest home sellers?

These are strange times for sure, odd in fact. However, odd may not be such a bad thing, particularly if you have a property to sell. 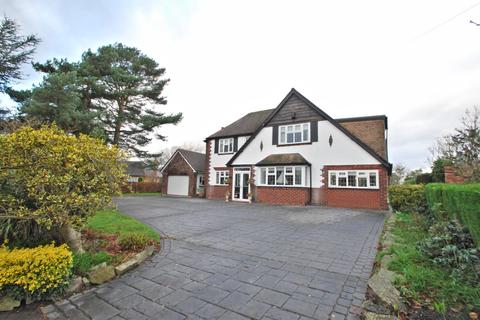 The latest research by estate agent comparison site, GetAgent.co.uk, has found that a little oddness goes a long way in the world of property. The firm analysed sold price records across England and Wales over the last 12 months, cutting the residential market in two based on whether the property had an odd or even number.

The research shows that properties with an odd number not only accounted for a higher number of transactions, but they also sold for a higher price.

There have been 235,600 residential property transactions over the last year to have sold with an odd number, 1.8% more than the 231,355 even-numbered homes sold.

GetAgent also looked at how the two compare across the UK’s major cities. Manchester ranks as the oddest home selling hotspots with a property price premium of £17,000 paid for odd-numbered homes when compared to even.

It’s not all bad news if you own an even-numbered home though, in some cities, they still command a higher price.

“The fact that odd-numbered homes sell for more on average across England and Wales is rather fitting given the year we’ve just had.

“It might seem strange that a particular type of number will command a higher price but it can still be hugely influential during the homebuying process. Everything from views on odds and evens, sentimental value and even superstitions can play a part in what a buyer is willing to offer, or even buy in the first place.

“However, a house number can also hold more value due to the property itself. For example, you’ll often find one side of the street will house odd numbers with evens on the opposite side. As a result, one or the other might benefit from features such as a south-facing garden or balcony and this can help boost value.

“Of course, to some, it’s still just a number. So it’s not advisable to pin your hopes on securing a higher sold price solely due to the fact you live at number one and not number two.”

We found this article about the UK’s oddest home sellers on Property Reporter. Kindly click the link to read the full story.

At Sell My House Quickly Manchester, we pay fair prices for any property fast and quick so please feel free to Contact us here for more details.

If you need to sell your house  quickly, then please fill out the form below and we will be in touch asap.

This website uses cookies to improve your experience while you navigate through the website. Out of these, the cookies that are categorized as necessary are stored on your browser as they are essential for the working of basic functionalities of the website. We also use third-party cookies that help us analyze and understand how you use this website. These cookies will be stored in your browser only with your consent. You also have the option to opt-out of these cookies. But opting out of some of these cookies may affect your browsing experience.
Necessary Always Enabled
Necessary cookies are absolutely essential for the website to function properly. These cookies ensure basic functionalities and security features of the website, anonymously.
Functional
Functional cookies help to perform certain functionalities like sharing the content of the website on social media platforms, collect feedbacks, and other third-party features.
Performance
Performance cookies are used to understand and analyze the key performance indexes of the website which helps in delivering a better user experience for the visitors.
Analytics
Analytical cookies are used to understand how visitors interact with the website. These cookies help provide information on metrics the number of visitors, bounce rate, traffic source, etc.
Advertisement
Advertisement cookies are used to provide visitors with relevant ads and marketing campaigns. These cookies track visitors across websites and collect information to provide customized ads.
Others
Other uncategorized cookies are those that are being analyzed and have not been classified into a category as yet.
SAVE & ACCEPT
Open chat
Hey, are you thinking of selling your house?